Things to do in Central Pennsylvania

From its first showing of a silent film in 1917 to the contemporary films being shown today, the Rowland Theater has always been a gathering place for Centre County residents and movie buffs alike.

Considered by many to be the jewel of downtown Philipsburg, the historic single-screen theater has seen decades of cinema history, along with visits from dignitaries like President Jimmy Carter, who made an appearance there in 2002.

The theater is located about 30 minutes from downtown State College and Penn State.

Added to the National Register of Historic Places in 1979, the building has long been a treasure to the community. Even when it was first built, residents were in awe of its size, safety, and appointments. Fortunately, most of its original charm and character has remained intact, meaning moviegoers are treated...

ALL ABOUT PENN STATE: The Arboretum

Opened in the fall of 2009, this relatively new addition to campus is 395 acres and includes the H.O. Smith Botanic Gardens. The arboretum is Penn State’s second (the first is at Penn State Behrend), and the second in Centre County (the other being Rhoneymeade Arboretum & Sculpture Garden in nearby Centre Hall).

The arboretum’s mission is simple: to promote scholarship and education about plants, their history and their importance on earth.

It’s an easy place to spend an hour or two enjoying the wide variety of flora that call the gardens home. It’s especially beautiful in spring when flowers are in bloom (you can use their interactive Blooming...
View Full Post

Posted by Liz Piazza on Wednesday, May 13, 2020 at 10:00 AM By Liz Piazza / May 13, 2020 Comment
As the memory of winter fades and temperatures rise, Penn State students and locals alike are usually ready to get out of their homes and enjoy all that Centre County has to offer. Whether they're looking to spend a night out on the town, go for a swim or simply read a good book, there are plenty of activities in or near State College to keep anyone entertained during the warmer months.

Fortunately, many of the region’s top summer attractions can be reached via the Centre County Transportation Authority’s bus system. Most bus routes originate in the downtown, making it easy for students and others nearby to hop on a bus and visit their favorite summer spots.

For those unfamiliar with downtown State College, there’s a huge variety of dining and nightlife options. Whether...
View Full Post

Posted by Liz Piazza on Friday, May 1, 2020 at 1:23 PM By Liz Piazza / May 1, 2020 Comment
If your family lives in Centre County and you’re interested in science and technology, Discovery Space of Central Pennsylvania is a must-see. Featuring hands-on science fun through interactive exhibits and programs, it’s perfect for kids … and adults are bound to learn something, too!

It all began in 2002 when the Downtown State College Improvement District and other members of the community envisioned a community-oriented science museum. The facility first opened its doors to the public in 2011.

Membership improved over the years, and in 2016, the museum welcomed its 700th member. In 2017, Discovery Space moved to its current location, a larger facility on North Atherton Street just minutes from downtown and Penn State's campus.

Posted by Liz Piazza on Thursday, April 23, 2020 at 10:00 AM By Liz Piazza / April 23, 2020 Comment
Surrounded by multiple state forests and parks, Centre County outdoors lovers have a lot to be thankful for. Hikers especially have an abundance of options to enjoy— one of them being the 80-mile Standing Stone Trail (SST), which runs south of State College and Penn State University.

Initially built as the Link Trail to connect the Mid State and Tuscarora trails, the SST received its current name in 2007. It’s also part of the Great Eastern Trail — America’s newest long-distance trail that spans from Alabama to New York.

Running along the ridge and valley section of the northern Appalachian Mountains, the SST features many views and unique cultural attractions. The most popular section of trail, by far, is the Thousand Steps hike, just south of Huntingdon.

Founded in the early 20th century by neighboring Mifflin County native Dr. Joseph Rothrock, the forest was initially barren due to excessive logging and resource extraction. Concerned that the barren ridges would not regrow without proper management, Rothrock took action in 1895 when he was appointed the first commissioner of what’s today known as the Pennsylvania Department of Conservation and Natural Resources. This was the beginning of Pennsylvania’s...
View Full Post

Covering approximately 517,000 square acres, the forest lies in the heart of Pennsylvania’s oil and gas region and is the only National Forest located within the state.

Early settlers cleared the land for agriculture, but the lumber industry soon followed. Deforestation caused wildfires and floods, and by 1900 most wildlife was eliminated due to overhunting.

The Forest Service began managing the land that is now the Allegheny National Forest in 1923, and things began to change for the better.

Today, forests have regrown and animal populations have rebounded. The forest — which includes the Allegheny Reservoir — is a popular outdoor retreat,...
View Full Post

When you’re feeling the need to get out of town and explore the outdoors, consider Black Moshannon State Park.

Located less than 25 minutes from State College and Penn State, and 15 minutes from Philipsburg, the park was built around its namesake lake – Black Moshannon Lake, formed by a dam on the Black Moshannon Creek. Home of the largest reconstituted bog/wetland complex in the state, there’s plenty of water-related activities here, along with great hiking trails and wildlife habitat to explore.

Open year-round, this 3,481-acre park has something for everyone. One of the best times to visit is during the summer, when warmer temperatures allow for swimming in the lake. Feel free to stretch out on the sandy beach and take in the fresh mountain air! Kids will love this alternative to their local community pool. 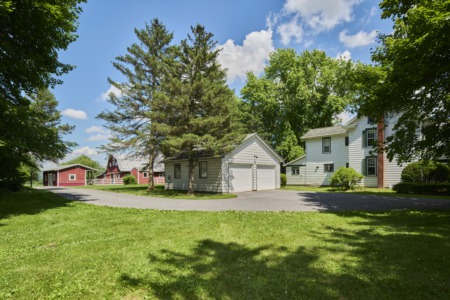 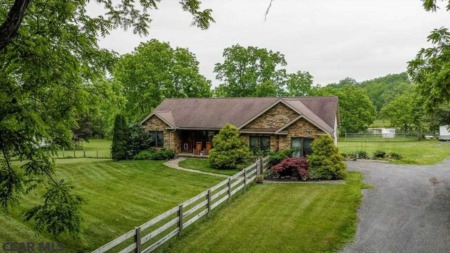